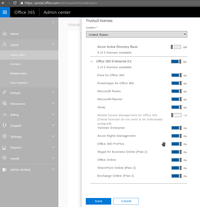 Assign a profile to a group