The life cycle of such a Docker App is straight forward. This is what happens when installing the App in simplified code: 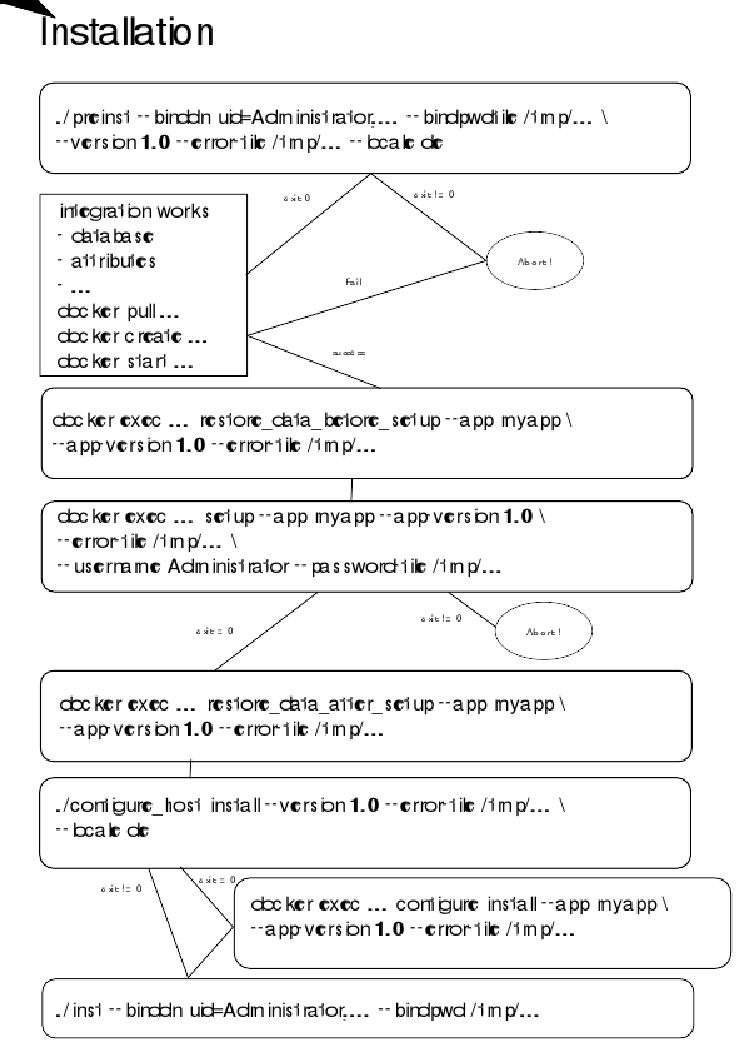 There are a couple of scripts that the App may be bundled with (or that are already installed in the container). These scripts are explained in detail in Docker Apps/Container Scripts.

The docker image is downloaded and started. After that some scripts are run to setup the container, restore data that has been previously backed up (there will be no backup when installing, but technically the scripts run).