UCS 4.2 features an improved portal, which gives users a central overview of all applications and domain services available in the domain. Using the Univention portal, administrators can offer their users easy access to all their needed apps, without asking them to remember URLs or aliases, leading to the services. This portal page is individually configurable: You can not only change the design to your taste, but also determine which web services are displayed to which user. Feel free to check out the new portal in our online demo.

This wiki entry is not a comprehensive security analysis for any purpose. It only tries to hint to where extra work is necessary. We also highly recommend running UCS through an application firewall. 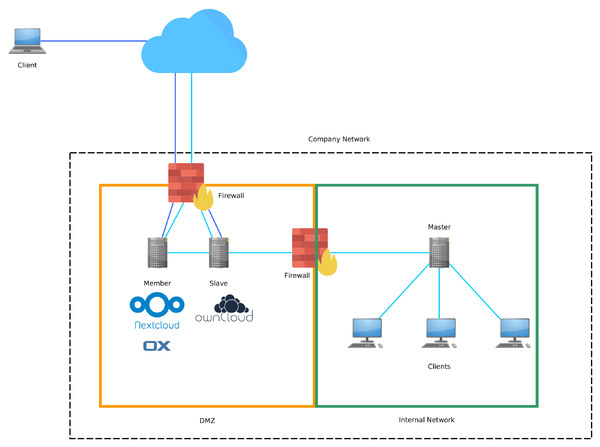 In case you have only need some departments to authenticate themselves, you should also consider splitting your LDAP into separate containers and only to replicate those.